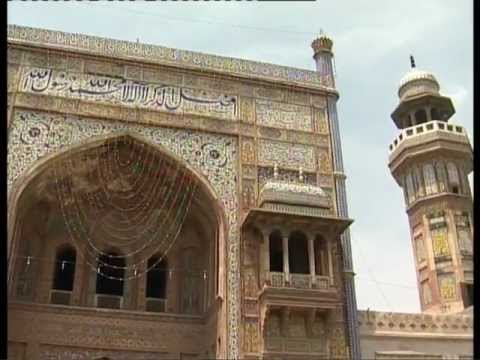 Visitors able to see less and less of historic buildings thanks to scribblers and carvers. PHOTO: AFP/FILE

of the Indian British Army etched his name, regiment number and birth place on a white marble pillar at Emperor Akbar’s Diwan-i-Khaas at the Lahore Fort in 1886. It is one of the oldest surviving examples of vandalism at the city’s iconic monument.

There are several other carvings by soldiers of their names and regiments in the late 19th and early 20th centuries, likely made as they convalesced from their wounds at the makeshift hospital the British had turned the Fort into at the time. But it is modern-day vandalism that most vexes the current custodians of the Fort, the Archaeology Department.

“We catch three or four visitors scribbling daily,” said Afzal Khan, the deputy director of the Archaeology Department. They often write their name and the date, or a girl’s name and her cell phone number (they’re usually incorrect), he said.

Though there are laws mandating prison terms and fines for scribbling on historical monuments, they remain unused. Instead, the department has decided that increasing restrictions on public access is the best way to protect the buildings.

“Our public does not know the significance of these monuments and is too ignorant to be allowed access,” Khan said.

About 6,000 people visit the Lahore Fort every day, and up to 100,000 on public holidays like Eid. Some 60 guards have been recruited over the last two years to monitor them and CCTV cameras installed in various places. The guards work in eight-hour shifts, with 20 on duty at any given time. Two each are on duty at the Fort’s three doors. The rest keep a check on the 21 buildings inside.

“These additions have not been effective in preventing people from writing on the walls,” said Khan.

The lime-plastered walls of the dalans (verandahs) in Jehangir’s Quadrangle – restored between 2002 and 2004 – were riddled with graffiti in permanent ink within a month of reopening to the public and closed soon after, says Khan.

Since the Sheesh Mahal was restored in 2004, it has barely ever opened to the public. The Shahi Hamam or Royal Baths, on which restoration work was completed only recently, is not open to the public.

The Hathi Pair – restored between 1996 and 2000 – a passage built for the royal Mughal army’s elephants, was also defaced within weeks of reopening. It and the Kala Burj remain open to the public and are two of the most vandalised areas in the Fort.

Next year, the department plans to restrict access to these too. “Once the conservation work is complete, we will build a wooden passage and put up directions to guide visitors in an organised tour. An iron mesh will be installed in places to prevent the public from touching the walls,” said Khan.

There are also 14 boards on display warning visitors about prison time and fines for writing on buildings. “The public chooses to ignore them,” he said.

The threats of jail terms and fines seem hollow, since no one has been prosecuted for defacing the walls ever, according to Khan.

There are laws dealing with the vandalism of historic monuments. The Antiquity Amended Act 2012 was passed by the Punjab Assembly in February to replace the Antiquity Act 1975, after archaeology was made a provincial subject under the 18th Amendment to the Constitution. It calls for a prison term of up to six months and a fine of Rs3,000. The Punjab Special Premises Ordinance 1985 makes writing, scribbling or engraving on a historical building an offence punishable with imprisonment of up to a year or a fine or both.

Khan says though they catch three or four people a day scribbling on the walls, the police are not interested in registering cases against them and release them. He said that they once caught a man drawing a heart with an arrow though it on a wall of the Sheesh Mahal using his own blood. “He was handed over to the police and they just let him go,” he said.

But officers of Tibbi City police station, in whose jurisdiction the Lahore Fort lies, said that the Archaeology Department did not send them complaints about vandalism. Kamran Zaman, the SHO there for four years until a week ago, said that he had never received such a complaint. The current SHO, Mohammad Mansoor Rizwan, said that if he received a complaint from the Archaeology Department, he would register a case and investigate.

Though the current laws are unused, Khan said that the Archaeology Department had asked the government to increase the penalties – imprisonment for up to three years, a fine of up to Rs300,000 – when they drafted the provincial law. These were not included in the final legislation, he said, because there were fears it would further delay the passage of the bill. So what happens to the people caught scribbling? “When we catch someone scribbling or scratching, we give him a wet cloth to undo the damage. If they’ve written something in permanent ink, we give them acetone to erase it. Unfortunately, permanent ink permeates into white marble and cannot be erased easily. And scratching cannot be undone,” Khan said.

Dr Rafique Mughal, a professor of South Asian archaeology and international heritage management at Boston University, felt that increasing penalties would not stop people from writing on monuments. He said that raising awareness of the cultural and historic importance of the buildings was the most effective way to stop the vandalism.

“Schoolchildren frequenting monuments on trips should be told that writing on historic buildings and walls is wrong. It’s a crime. Their lack of awareness is our fault,” he said.

He said that administrative coordination was also important. Police, archaeology and tourism officers should work together to tackle the problem, he said.

Ajaz Anwar, an artist whose work often features Lahore’s old architecture, said that a massive awareness campaign was needed to teach people the importance of preserving these buildings. He said the subject should be made part of the curriculum in schools.